LESSONS FROM MOSES – CASTING YOUR CARES 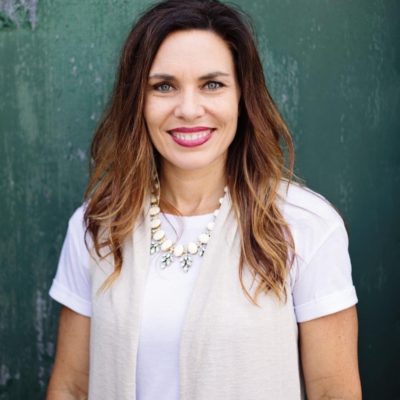 Moses’ parents had faith too. When they saw that God had given them an unusual child, they trusted that God would save him from the death the king commanded, and they hid him for three months and were not afraid.  Hebrews 11:23 TLB

Jochebed, who was already the mother of a daughter, Miriam, and a son, Aaron, found herself about to give birth to Moses at a very scary and devastating time in history. She was in a time when Pharaoh, the king of Egypt, had given orders to kill every male born Hebrew baby. She found herself in a situation that was completely out of her control. She was facing something that was overwhelming and seemingly hopeless. I wonder if this is how you have found yourself feeling in this current season – completely out of control. With what is happening with the coronavirus, we can follow the guidelines given and practice our physical distancing. But ultimately, this situation is out of our immediate control. We have no control over whether our workplaces will open or close. We have no control over whether our schools will reconvene. We have no control over whether the virus makes its way to our cities or not. We have no control over whether our churches gather in a building or at home. We have no control over whether the stores will have full or empty shelves. And having no control, my friend, can feel scary. I’m certain it felt scary for Moses’ parents as they faced impossible odds. I love how the scripture tells us that even in the middle of one of the most devasting times in history they HAD FAITH and were UNAFRAID. Why? How? What did they do? How could they be facing the possibility of the death of their child and still have faith over fear? What should you and I do when something we care about is out of our control? Following Jochebed’s lead, we have to do this little thing the bible calls “casting your cares”.

Psalm 55:22 says, “Cast your cares on the Lord and he will sustain you; he will never let the righteous be shaken.”

When we can’t CONTROL our cares, we have to learn how to CAST them. That’s exactly what Jochebed did.

How did Jochebed cast her cares?

FIRST, SHE BUILT AN ARK.

Exodus 2:3 MSG, When she couldn’t hide him any longer, she got a little basket-boat made of papyrus, waterproofed it with tar and pitch…

She built a purposeful vessel that would carry her child upright and protected in an enemy filled area. Though she couldn’t control the situation around him, she could control what she built to carry him through that situation. She built her ark out of papyrus and pitch the bible says. Papyrus to us represents prayer. And the pitch represents God’s promises. And like Jochebed you and I may not be able to control the situation around us, but we can build an ark to protect and carry us through it. We do that through prayers and promises. Each day stay engaged in prayer and each day declare God’s promises that are always greater truth than what we see happening around us. I love the phrase, “It is what it is, but it’s not what it seems.” We aren’t denying the facts of what is happening around us, but we also are remembering that God’s supernatural promises trump natural facts every single time. To cast her cares, she built an ark…

THEN, SHE SET IT AFLOAT.

Exodus 2:3-4 MSG, When she couldn’t hide him any longer, she got a little basket-boat made of papyrus, waterproofed it with tar and pitch, and placed the child in it. Then she set it afloat in the reeds at the edge of the Nile.

In other words, she released control to God. She no longer tried to hide him herself. She no longer tried to solve the problem. She had built an ark that could protect and carry him and she had to set it afloat and trust God. This is no doubt the hardest step to casting our cares. So often, we build the ark. We pray the prayers. We declare the promises. But then, instead of setting that ark afloat, we try to lug it around with us everywhere we go. Always thinking about it. Always trying to control it and problem solve it. That’s not what “casting our cares” looks like. We didn’t truly cast them if we never set them afloat.

Sometimes, the only way God can show us he’s in control is to put us in situations we can’t control. And the truth is that anything under God’s control is never really out of control. To cast our cares, we have to build an ark. Then we need to set it afloat. In the end, Jochebed placed Moses in the ark and set it afloat in the Nile and scripture tells us that Pharaoh’s daughter came down to the Nile to bathe and found the ark with the baby inside. And as only God himself could orchestrate, the baby’s own mother ends up being the nurse maid for the child and the bible tells us that Pharaoh’s daughter who adopted him as her son, named him Moses (Pulled-Out), saying, “I pulled him out of the water.”

I think this is what God would encourage us today in our current situation. He would tell us: build an ark. Set it afloat. And I will pull it safely out of the water. You can trust him. Today let’s learn to cast our cares.